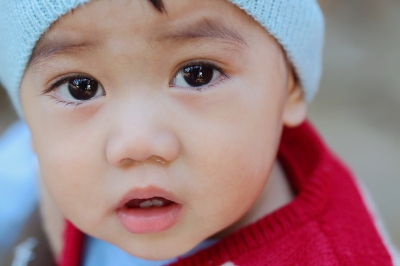 Naming is claiming. This was the parting idea for my short story, The Favour, which was published in The Irish Times on Saturday as part of the Hennessy New Irish Writing competition. I was interested in the statement of freedom and ownership first expressed by parents when they choose a name for their child.

It is the first decision an outsider (and everyone is an outsider to new parents) may object to, though usually not openly. Many more life-shaping decisions will follow. But what if the parentage of the child was unconventional? How much more complex and fraught the situation could be if someone else was involved in bringing the child into the world.

Please be my guest and read the story here before I reveal too much.

In this story Maeve does a large favour for her sister that turns out to have unexpected dimensions. Maeve came to me as a fully-formed character. She sees herself as strong and free-spirited, capable of great things. And yet she finds her life slipping by with no sign of the great things. When the opportunity comes along to do something noble and momentous, she grabs it. Her grand gesture is a means of securing life tenure of the good sister role. But can she impress her emotionally unavailable mother?

It’s important to say that my story is just an imagined set of circumstances, which are not meant to make a definitive statement about the reality of surrogacy. However, if you are interested in the subject, this fascinating radio documentary, first broadcast in July 2015 on Irish public radio is worth a listen. Seven Years and Nine Months is an unvarnished account of a couple’s quest to have the family of their dreams through surrogacy.

I wrote The Favour a year ago and the story spent many months languishing on various submission piles. I hope this will encourage other writers who believe they are on the right track to keep polishing their work and searching for the right home.

While on the subject of the short story, I have to recommend a wonderful new anthology of Irish women writers. The Long Gaze Back, edited by Sinéad Gleeson and published by New Island, is a collection of 30 stories spanning four centuries, that showcases all the amazing possibilities of the form (review to follow on the blog).

Finally, a word of thanks to Niall McArdle (fellow Hennessy New Irish Writing finalist) and Cathy Brown for suggesting I include this blogpost in their annual celebration of Irish culture, The Begorrathon.

(Image courtesy of tuelekza at FreeDigitalPhotos.net)