Irish-Swiss writer and journalist living in Switzerland. Author of The Naked Swiss: A Nation Behind 10 Myths. View all posts by clareodea 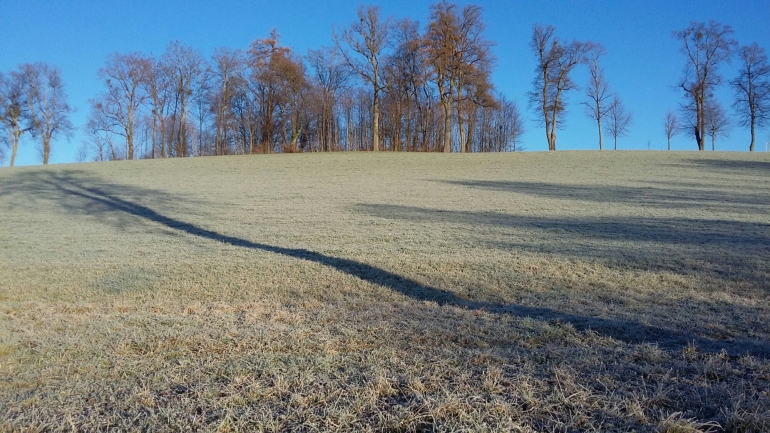 As the year draws to a close, all the talk in Ireland is of storms and fatal traffic accidents. Every time tragedy strikes, as it has this week and every other week of the year, a family’s story is rewritten. They stop being the family with the trampoline in their garden, or whose mother who jogs every morning, and become the family that have experienced a terrible loss. And all the awful irreversible steps that led to the moment of the accident remain engraved in memory to torment them.

You get a glimpse of this in the feelings of shock and wonder that come after a near miss. Tragedy has been averted but it has shown its colours, its capacity to devastate. These are potentially life-changing moments, when the ground opens up beneath your feet and suddenly you are teetering on the edge of a deep ravine of grief and regret from which there is no escape. Most of the time, the gap closes as quickly as it has opened and you take your next step on firm blessed ground.

I had one such day this year, where a tortured alternative future revealed itself to me so sharply and clearly that I almost lived it.

Going anywhere with young children means having your accident radar switched on at all times. You have to anticipate, warn, and take precautions – constantly. But unfamiliar places, travel stress and too many distractions can interfere with this vigilance.

This particular morning we were in the middle of France, on our way back to Switzerland after taking the ferry from Ireland. To break the journey we had stayed the night in a depressed-looking village off the motorway near Orléans. To get to the hotel car park, we needed to wait on the narrow path in front of the hotel and cross a busy road where the cars were completely ignoring the speed limit.

I nearly lost my five-year-old daughter on that road. And I know for certain that I would have blamed myself for the accident forever. Why? Because of the dog. Because of the canal at the end of the lane. Because I was carrying too many things. Because of the choice of hotel. Because for just this once I did not anticipate, did not warn and did not take the right precautions.

Around the corner from the hotel, as I had discovered earlier that morning while walking the dog, was a lane that ran alongside the ruins of an old castle. I walked along that lane, not realising that I was setting in motion a chain of events that might leave my own life in ruins.

At the end of the lane I came across an old canal dock and overgrown waterway. Curious, I thought. The village, with its grand old indoor market hall, many derelict buildings and shuttered businesses, must have seen better days. Maybe the canal once brought life and trade to this place.

An hour later when we were crowded into the small lobby with our too many bags, dog on a lead and three children, the canal was on my mind. When I should have been warning the children about the road and seeking out the hand of my youngest child, I was foolishly asking the owner about the canal she seemed to know nothing about.

End the pointless conversation, say goodbye, transfer the dog’s lead to the other hand, gather up the last stray plastic bags, walk out the door, and see my little girl step straight out onto the road. I shout. She turns, looks at me and says oops, and I believe that is the last time I will hear her voice, that I have already lost her and she is now not six feet away from me on a provincial French street but on the other side where I can never reach her again.

But there was no car, and I got her back, and we are still just the family with the Irish mother and the dog. It is frightening to think how destiny can turn on the slightest sliver of detail. The best book I read in 2015 takes the concept of alternative destinies and uses it to build a fascinating story of the many possible lives of one person.  Life After Life by Kate Atkinson, highly recommended. This is my first ever blog post written and posted on my phone. Excuse any formatting errors. I wanted to write a round-up of the books I read this year but that’s not really possible away from base. I’ve had a lovely Christmas here in stormy, rainy Ireland, counting my blessings.

Wishing everyone a peaceful, pleasant and safe New Year.